In the speed of interactions in the world – will i remember the truth of this?
[from Macclesfield talk 08 Integrating-the-dzogchen-view-with-basic-buddhist-practice/ ]

Any time i tighten or freeze and ‘make something of it’ i know that i’ve got lost in a situation and fused with concepts, with my thoughts or feelings or sensations.

Reminding myself of the truth on a daily basis with the prayer by Rigdzin Godem means that, for at least the time while i’m saying it, that view in the equation above is operational…but that’s only for a few minutes… what about the rest of the twenty four hours???

Re-membering, re-membering (preferable to being surrounded by body parts!)… form is not other than emptiness, form is exactly emptiness…
So, what is it?…this ‘thing’ to which i am averse?… It’s the flower of emptiness…inseparable from its ground.
And who is this one who is tightening up?…also the radiance of the dharmakaya – impermanent and so ungraspable, arising due to causes and conditions which are themselves impermanent…
Maybe a knot in the handkerchief would help!

Maybe… but this is a slow and uncertain way to proceed…where kind of ‘during or after the event’, if i’m lucky, i realise, so there’s a bit of a gap while i assess, remember….  then also there’s remembering that what is arising in me as a response is also empty… and then orientating myself accordingly – according to received wisdom, or that deduced by analysis.

It’s through the opening and dissolving practices in tantra and dzogchen that i can have an on-going certainty regarding the nature of each manifestation, including that which i call ‘me’. Its through these practises that eventually the relaxation of rigidity enables creativity… when responsivity arises directly from spaciousness, from the infinite hospitality. 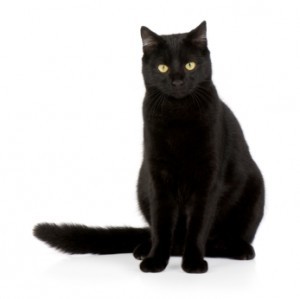 Observing a cat, seeing ‘itself’ in the mirror for the first time

……a sudden shock, bristling – the hairs of the fur standing on end, eyes widened…

spent no further time on a reflection.