This prayer is called The Four Immeasurables.

It is an every-day prayer for the release from suffering for everyone suffering now; a prayer that past suffering may be released and healed and that future suffering avoided.

So it’s a prayer for everyone which can be said by everyone. At the time of saying it brings the links between us all into speech, and this energy moves out into the world motivated by a profound gesture of goodwill:

May all beings have happiness, and know the root of happiness

May all beings be free from suffering, and cut the root of suffering

May they abide in happiness free from suffering

May they rest in equanimity free from aversion (turning away from or hardening the heart) to enemies and strangers, and from grasping at, or clinging to, friends and relatives.

How to enjoy and appreciate without appropriation?

Why bother extending this prayer to all beings rather than just the ones that we like, that we think like us?

To unpack this and look at a very big way of loving  you might like to listen to the talk James Low gave in Macclesfield on  Love,compassion, joy and equanimity.

In Tibet this is a prayer has been said for thousands of years; below is a recording of  James teaching it at Macclesfield

the words are below… 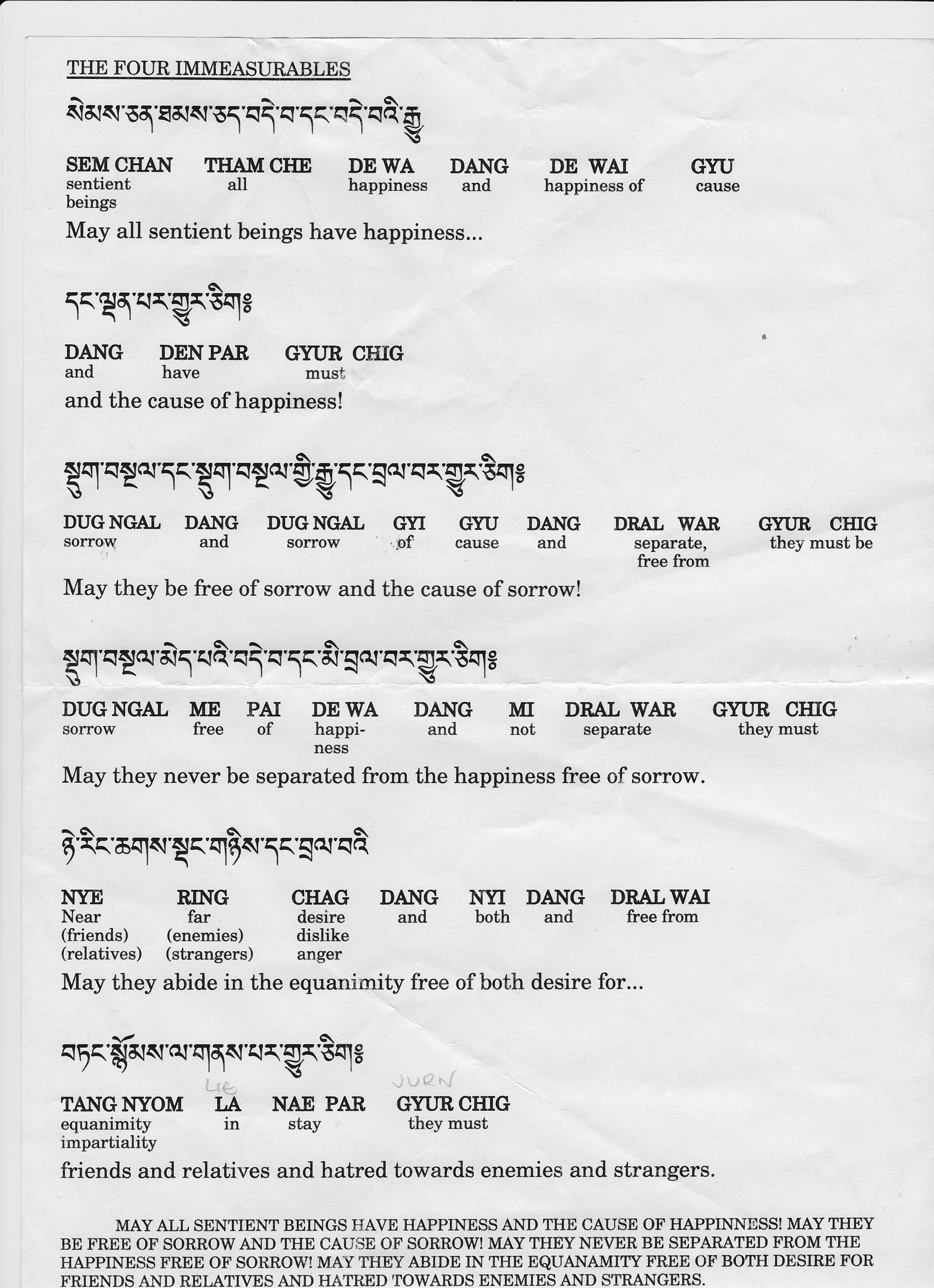