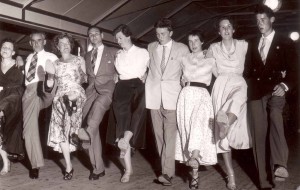 Maybe this can be a good metaphor for effective practice!… particularly tantra and dzogchen.

Before I went to sleep as a child there were three prayers i used to say out loud.  One was ‘MatthewMark Luke andJohn blesssther bed that I lie on… Arrrrrmen’    and I said the words… exactly that, I said the words… like a rhyme.

I was very moved by the story in one of the scriptures of the pigeon who felt so desperate to help in the face of  a forest fire which was consuming every living thing…… but was powerless to do anything but fly to and fro with a beak full of water from a nearby river… and then died, exhausted. The beak-fulls of water did not put the fire out yet good consequences did ensue… so maybe these little somethings…? So, later in life, in saying different prayers on a daily basis I started gradually to put more meaning, more intention, more energy and concentration into my hopes and requests.

Although I knew that ‘energy follows intention’  as I spent more time in this neck of the woods, with prayers being the best that I could offer into the desperate and difficult situations in the world, and spending more time doing this, I felt the need to ask whether or not it really made any difference. I could see that it made a difference to me as, over time, it changed my appreciation and orientation yet I was dubious as to how much difference, if any, it made outside of that.

The answer came in the form of a question ‘Can you get someone to turn their head around and look at you if you stare at the back of their head?’….    my answer  was ‘probably yes, if they are not deeply involved in something else.’

Really this was deepening my comprehension that however we are, whatever we do, has an impact – it might not be visible but nevertheless it does.  I had previously explored this with people who say ‘ what’s the point, why bother, what I do doesn’t make any difference?’

Over the years of doing the Rigdzin Puja, often as if it were a piece of pleasant homework, sometimes just ticking the box – ‘task completed’– I finally had a lightbulb moment… seeing that if ‘I’ was doing it – even with my good intentions – it wasn’t being done, or being used, effectively as it should.  For a long time I was going…ah yes, white light…now red light…and so on, turning the pages…but without any feeling of a change it was just words. I had to allow myself to become an engaged participant in the activity, to allow the activity to flow through me, to become the activity, for it to be possible for any effect to occur. That also implied changing priorities, giving enough time and space to the practice and engaging ideally at time when i was fresh rather than half-asleep!

Ah well, it takes as long as it takes…

in-out, in-out, shake it all about (it will dissolve if I shake it enough),

Get my big self out, let my little self in…

With practise the tune changes…… in out, in out > out-in-out, out-in-out…not so catchy!

The teachings have a rather different origin from say “Teach yourself Buddhism”…(the first dharma book i bought…and one i didn’t finish – dry bones)…and it takes time and is worthwhile to let the perfume sink into every pore..

I was talking with someone a while ago and mentioned the haiku by Kobayashi Issa “slowly, slowly, the snail climbs Mount Fuji”…he felt so sorry for the snail!