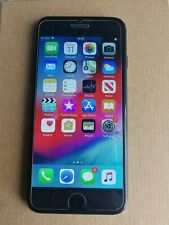 Many years ago I remember sitting in Macclesfield listening to James inviting us to look around the room at the objects we could see and then to see if there was any more to them than meets the eye, the back story.

He then started to talk about the bowl in front of him… marked by the hammers of somebody probably going deaf in some little workshop in India or Nepal.  About how the figuring, the designs on it, would be ‘just patterns’ to some… but meaningful to those who had incorporated these symbols into their way of interpreting the world. That the symbol itself comes alive through the interpretive matrix of the onlooker and the strength of affect evoked, whether positive or negative or neutral. ( retrospective creative licence in these words which I hope you’ll allow!)

That was not a lightbulb moment for me except in realising that I was missing what someone else could see, that my view might be a tad limited!
As a child I had the luck to be able to look at paintings and I remember thinking that the shadows around the fruit in still-life paintings were put there because that’s what artists do when they paint…I didn’t notice them in real life.

Gradually over time, many years and explanations later… about vases that someone thought beautiful but would end up ignored on a charity shop shelf, and ‘roses’ that were not their name… it sank in. Light slowly dawned that the meaning and value of ‘objects’ does not depend on labels, is not intrinsic, obvious and ‘out there’, but in the observer who creates the meaning through the patterns of thought possibilities available to him/herself… and then projects that onto the object. That moment of meaning is transient… and the repetition of it as a ‘given’, something known and inevitably so, is dulling, obscuring the freshness of each presentation.

It is we who ‘make special’ or not by our selective attention. Someone who knows nothing about buddhism can see a statue and say ‘that’s a buddha’ just through the kind of pattern recognition that we did when we were finding pairs of apples or bananas or whatever in a child’s card game… ‘I know what that’s called!’… but meaning and value are not in the affixed word, nor what’s there, they’re given by us.

Can statues really be buddhas? … these lumps of metal or clay or wood?

Absolutely, if you take the word that matches and is ‘hung’ around the objects neck as definitional… But buddha has different meanings even within buddhism… let alone outside of it. If it’s one who is awake to the unchanging truth and the relationship between that and what we generally take to be true…then a statue does not pass the test…especially if there is also a defined requirement to teach!
Others would say that buddha doesn’t do anything and this is a reflection, or refraction, a gesture arising from that frameless view…not separate from buddha…

And, in observing any form, different aspects will be highlighted by some and diminished by others. If the ‘Buddha’ is dusty, that would be very troubling for some and they would get ‘a dusty Buddha’, whereas others would be more concerned about the lineaments of the face – did it look friendly or not ‘friendly Buddha’, where did it come from ‘well-travelled Buddha’, or are the jewels real ‘valuable Buddha’ or fake ‘tawdry Buddha’ and so on…

Then there are all the causal factors  connected with the arising of the form. This is what James was gesturing to when he spoke about the bowl…
The desire which leads to the mining, the miners, smelters and those involved with the equipment and activities around that… and the designer, the artist the shopkeeper… the notion that this would sell well for a profit… and on the purchaser’s side that this would be a lovely buddhisty thing to have. All the thoughts and connections that have led to further notions then into activities, spread out across the world.The aeroplanes that bring the tourists across to buy or ship the bowls out into the world, the fuel required and all associated with that… more connections with thoughts and life energy of so so many beings at each moment and going back through time.

As there are so many ways of interpreting the presenting form, it is clear that an object cannot be ‘just what I take to be’…it is not any ‘fix-ed thing’ but a site for a multiplicity of potential interpretations…and so the world is not ‘fixed solid’ as it was before but energetically vibrant and dynamic.

When I was small I was quite convinced there was a minute orchestra playing inside the radio. This was so obvious that it never occurred to me to check this certainty with anyone. Maybe there is much that we treat in the same way as adults, taking for granted and assuming rather than putting into question and really looking closely without knowing in advance of seeing.
In fact there was, in the radio, the orchestration of so much in the way of science and technology, composers, musical appreciation, teachers, parents, schools instrument makers, a live orchestra of musicians, and thousands of hours of practice, all coming together with my attention, as i sat on the yellow plastic top stool made by…

So are there people in the phone…?

… perhaps you will enjoy too if you have an hour to spare… its available for 20 days or so.

It is clear how much aggression occurs, and will it occur increasingly, in the pursuit of limited resources which are not essential to our life and well-being… and are in fact actively detrimental to that of others…