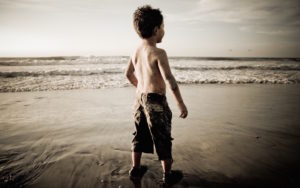 To find freedom we may not have to do so much, it is free and it’s always there, but if we don’t see this directly, then there is so much richness and diversity in the different aspects of the dharma with which we can engage, and which may release some of the rigidities and tensions…

…some of the teachings are spoken, some are written, and some are neither.

The books may bring great richness and depth to the dharma view to which they pertain and each book is the fruit of the labours of many different people, some of the the last being the publishers.

The latest work of James Low –  ‘Finding Freedom’  will shortly be published by Wandel Verlag  a small publishing house in Germany… and i’d like to appreciate and highlight how valuable is all the work that goes on behind the scenes there and elsewhere in the world, in the production of books which encapsulate the richness and diversity of the dharma in a way which maintains the integrity of the flow of the continuous stream of dharma teachings into and through the world.

The various books James has written all have quite different flavours… reading, thinking about, and absorbing them into practice/life brings about different possibilities of being and relating. This recent book will be readily accessible to practitioners of different strands of dharma…and illuminating of their interrelatendess.*

Some of the other books published are of practices which are very particular in their context, application, and effect – including the works of Martin Boord (Rig-‘dzin rdo-rje) . As with all teachings these are tools to be picked up and used in the correct way, a way which needs to be explained by someone who knows how, or they will be ineffective or have the potential to harm. Recently I met someone who had spent eight years doing a Tara practice from a translated text which he had found, and said it had made no difference… I’ve also met a Chod practitioner who said she had been practising for seven years… but was just miserable… neither were taught or supervised within the tradition from which the teachings come.

*Ordering ‘Finding Freedom’ from Wandel Verlag before August 3 bring benefits in terms of discount and timing!