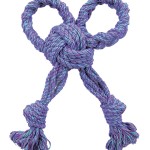 Following on from the previous post…. Understanding both the meaning and purpose of ‘ being tender towards your ‘self’ was a bit of struggle for me.  Though our particular knots will surely be tied in different ways, perhaps sharing some thoughts on that struggle might be helpful.

in James’s commentary to the  treasure text of Nuden Dorje  in the book Being Right Here  he speaks of a kindly investigation into the self.

Blimey!!! I thought when i read that… I have no doubt that he knows exactly what he’s talking about; it sounds good but I haven’t a clue how to set about doing that. That was a paragraph I couldn’t make much sense of for years…  It helped when I realised that the self he is referring to here is the wobbly ‘I am – ego-thought structure’ with which we are prone to identify…and it being taken care of by the hospitality of our true self. Gradually it came together around seeing how the karmic knots, from which the wobbly self-sense is formed, are created and how they can untie.

If someone is all knotted up and anxious…. how would you treat them? Would you tell them they are stupid? Would you order them to relax? Would you tell them that they are hopeless?
Say a child has badly hurt themselves but is so scared that they won’t let you look at the damage… how would you be with them? I think probably soothing, gentling  and tender and giving confidence that, whatever the situation, fundamentally it will be ok,  you can work through it for the best outcome. Firstly though you have to help them relax.

If you would naturally do this for someone else… would it be possible to consider applying the same kind of tenderness to your self? If not there’s something weird going on, isn’t there?

This weirdness might be to do with unconsidered false divisions and certainties – I am an individual and I deem myself worthy of this particular  treatment, so this is how I will treat myself – you are also an individual who I consider  worthy of that particular treatment, so that is how I will treat you. But in fact what is happening here is that I am imagining you, and  imagining me (by applying my biased views  to our unique revelations) and then I am bringing into the situation whatever I have learned, or just feel is suitable, from what I have picked up along the way. Within this view behaviour is dualistic, determined by concepts, and there is no understanding of dependent co-origination nor of the freshness which arises directly from openness.
But, in what is referred to as  the ‘false relative’ in the book Simply Being, this is our normal, worldly, way of proceeding.

Overt habitual kindness is not the most attuned or beneficial way of being, but leaving that aside, if we are practising harshness with ourselves most of the time, as we switch into a different role with others and try to be kind it’s hard to see how that could be a genuinely responsive move. Maybe sometimes, but it is hardly flowing and innate, is it?

There is a Taoist saying about governing a large country ( which is rather what our ego-self resembles, with all its multiple states) it says… ‘like with frying small fish… too much poking spoils the meat.’
All the critical checking of behaviours causes more problems, more anxiety, more sense of being separate and ‘less than’… but in Dzogchen we’re not trying to govern, the practice is to dissolve or resolve these aspects within the infinity of openness. Softness and tenderness to yourself, rather than poking and prodding, are key to this profound relaxation.

If you can be tender then you will be able to get closer to yourself, the defences will drop a bit, and you’ll be able to see what kind of nonsense you’re up to.  Being kind could be seeing  “Oh there  I go again – (repeating a karmically created pattern)… maybe not so useful, done this a few times before”… ” never mind; relax… open… begin again”… rather than the harsh attacking recriminations to which we often subject ourselves.  With the softness and closeness comes the possibility of settling and relaxing the ego so it can let go into its proper place…with the harshness there is further reification of division and separation.

Mistakes are not so serious. if you can see them for what they are. After goodness knows how long of behaving in a certain way patterns are highly likely to recur, even with awareness,  for some time – there is such a karmic/energetic charge behind them. They will release, given space humour and tolerance, but not if we crowd in and judge.

Not putting yourself on the hook, but not taking yourself off it either… is one way James speaks of this in one of the Macclesfield talks. It is perfectly possible to discriminate and see what’s helpful without being judgemental.
So we ourselves are the laboratory for this very interesting investigation – the opposite of a Frankenstein creation. And if we can show this tolerance for ourselves on an ongoing basis, than it’s  possible to bring that forward as a way of relating to goings-on of the world.

P.S.There is now a Japanese robotic Sense-roid which is a torso and jacket which lets you hug yourself by returning the pressure and strokes which you give to it. I haven’t watched the video which is billed as disturbing…
The dharma teachings, if applied, do more than the business… but i think many robotics engineers would have trouble knowing what to make of them!