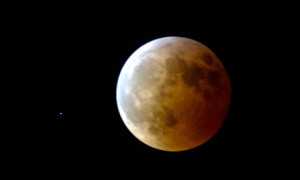 Put a man on the moon

make an outside womb,

There’s a muffled response ( ‘cos the heads up the arse)

In 2006 foreign correspondent Christina Lamb and the soldiers of the British parachute regiment she was accompanying on a ‘hearts and mind mission’ in Afghanistan was  pinned down in a series of irrigation trenches by fire from a Taliban ambush. The British soldiers were very skilled but, after two and a half hours under fire, excitement was turning to desperation….the air power required for them to make their escape was not available, being fully deployed elsewhere. Eventually they were liberated by an attack from the air which killed the dozen Taliban who had them pinned down. The soldier responsible said ‘we blew them into red mist’

I’m not going to play around with words… for me, time stood still at the impact of those words.

Man, it seems, is pretty good at desire, including the desire for knowledge, and also at hatred…but how about being human?

The dharma speaks of the resolution of desire in the satisfaction arising from experiencing the emptiness or openness of all manifestations whilst fully appreciating the differences in which they display, or manifest.

From the Dhammapada comes…’We are what we think, all that we are arises with out thoughts. With our thoughts we make our world….

….In this world hate never yet dispelled hate. Only love dispels hate. This is the law ancient and inexhaustible. Knowing this, how can you quarrel?

Give up the old ways – passion, enmity,folly. Know the truth and find peace.’

Extracted from Wikipedia: In 2013 Christina Lamb co-authored the autobiography of Malala Yousafzai “I Am Malala: The Girl Who Stood Up For Education and Was Shot By The Taliban”[2] In the same year, Lamb joined the Woodrow Wilson International Center for Scholars as a Wilson Center Global Fellow.[3] Her latest book entitled “Farewell Kabul” exhaustively details her many years in Afghanistan and Pakistan offering a close up account of the long war and its many missed opportunities on the part of the US on account of its tortured relationship with Pakistan. Her book essentially lays the problems of terrorism in the region, if not in the world, on that country’s door.[4]

http://www.washingtoninstitute.org/policy-analysis/view/who-is-responsible-for-the-taliban gives a view of that complex situation from another angle.