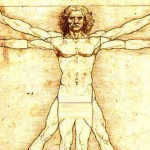 It’s maybe a bit personal – the story and the opinions – it feels a little strange to write, but perhaps this reflection will be helpful or encouraging to someone reading it.

When I was a child my main experience of trouble with health was mouth–ulcers ( lucky me).

In my early 20s along came tooth–grinding and temporomandibular joint problems, fibroadenomatosis and irritable bowel disease (packets of Fibogel).

In my 30s  a period of gastro-oesophageal reflux ( Gaviscon)  had replaced the irritable bowel disease and fibroadenomatosis, along with recurrent dental infections ( lots of antibiotics), and an event of atrial fibrillation ( a bottle of beta-blockers)  also just a week of depression.
I am glad to have briefly experienced the depression because without it I would not have understood that bubble of bleakness, colour washed out, feeling of the pointlessness of existence.
In one of James’ talks he mentions working with people who are depressed and sometimes catching them out… making them laugh… showing them that it wasn’t a  continuous state. I think that really would have helped, but in my case I didn’t mention it, no one noticed it, so it went untreated and passed by itself – very lucky.

In my 40s… just ongoing dental infections and extractions.
But during this period i looked into my toolbox, the one I hoped would contain a solution to the other difficulties I was experiencing, but inside was just a bent nail.
Then a choice – one way led to the dharma the other to making silver jewellery. Happily the dharma won and led me to the explanations which James gave in the Macclesfield talks about how life comes to be as it is, and the part we play in this. These were revelatory and later gave me the wherewithal to see circumstances more clearly and develop a range of responses well beyond what I had imagined were possible.

In my early 50s with relocation and dislocation came bladder infections and then atrial fibrillation and flutter which had me hospitalised and discharged on beta-blockers for life.
I had been to medical school and had a particular view of illness as just a bodily malfunction but following the heart problem I picked up a book in an Oxfam shop. It was a book which normally I would have been a bit sniffy about  – The wisdom of Menopause by  Dr Christine Northrup. I was a bit snobby about the strap-line ‘as featured on Oprah’ but that was a mistake, all kinds of things can act as tools to open us up…and there’s lot’s useful information within. That health is affected by so many factors…genetic, dietary, societal, mental, familial, environmental made perfect sense. All of this, in buddhism, comes under karma…due to causes and conditions it’s like this…what happens now is the fruition of past events.
I started to read about the connection between life-force, conditioning, and health and thought ‘oh my goodness’ I see… problems with my heart….!!!  and the words of warning … ‘Grow or die’ were speaking to me just as they did to her.
This with many other factors came together so that  later, when i realised my heart  couldn’t go on, in the nick of time, I finally released myself from unworkable circumstances.
Luckily by this point wisdom had been glimpsed, so desperate thoughts could move through, and the great warmth of dharma compassion and support of friends meant that what could otherwise have been an annihilating rupture in circumstances was certainly a very difficult patch… but one which eventually, following the dharma, opened me out to myself and the world.  Heartfelt! thanks to those who helped in this.

So that was my luck in my first half-century. The following decade has been good. Now in my nearly 60s I’m very well and not on any medication though I’m not taking health or life for granted… the seeds of decay will flower naturally!!!

Looking at my life from this vantage point it’s clear that all the medical interventions had an effect on the symptoms yet did not address the underlying cause of the problems. Each ailment was treated medically as an isolated random occurrence  yet each, I would say, was triggered by or sustained by stressors in the environment and by my response, or lack of response, to them – this resulting from the embodied tensions, the stresses and neurotic patterning that I was carrying from the past…the underlying disease showing itself in different ways.

I was recently speaking with a prominent dentist in this neck of the woods who was very happy to include, from observation, stress as a major factor in those recurrent dental infections where dental hygiene is good…  certainly as circumstances changed and I became more alive the infections disappeared.

The situation with the heart was interesting. I had the luck to make a follow-up appointment, not having received one, with the consultant I thought had looked after me. I got the wrong name but as it turned out the right person. He was as surprised to see me as I was to see him, but he decided on conservative measures so I would gradually come off the beta-blockers with the intention of returning for hospital treatment as necessary.  I was very glad to do this as they acted like a veil and slowed me down.

In the last decade, since changing my life, I have had only two episodes of A.F. neither of which required medical treatment. The first of these occurred in the same way as the initial event… physical activity suddenly going from zero to a thousand volts…this time finding myself dancing solo to South African music in front of a church audience!  Afterwards I realised that my heart hadn’t returned to normal. It was late and rather than go to hospital I decided to try and meditate through the night to see if I could bring it back to normal rhythm. An ECG the following morning showed that there had indeed been an event but there was just a slight residue… it was resolved.

The second occurred when a friend spoke violently of suicide or attack and that literally made my heart jolt. This time it took an evening of paying particular attention to the breath, long and slow, and other practices to bring things  back to stability. We certainly affect each other physically by our words and tone of voice as well as looks but in my experience both the impact and the refractory period can be militated by the lack of rigidity/solidity which can be realised through meditative practice.

Mindfulness, as it is now offered, might have helped me in earlier life…brought me water–wings in the swamp, or a piece of cork on which to rest my chin – some refuge – and might have led to other changes… but, being dualistic, could not not in itself bring about liberation from the root cause of suffering.
As I see it, and I have done a mindfulness teacher-training, it can bring about a re-connection with the senses, coming out of the spiralling thoughts… and attention to the thoughts and to the breath in various ways, and some lovely poetry to open the mind… all of which can be very helpful and healing.
The qualities of the healer are important for effective healing to take place and John Kabat-Zin and Saki Santarelli were very good at this, their programs were successful. They offered a high degree of relatedness and also brought a depth of experience, compassion and long personal practice as mediators to what they offered… that’s hard to replicate.
The group work done in mindfulness programs can be very beneficial, but when it is offered as the packaged panacea for so many of the problems arising from samsaric existence, things have gone awry. Recently I heard of overworked, hard-pressed, psychiatric nurses on the point of breakdown being offered expensive mindfulness courses as the response to their distress. It  was no solution…again, it might help with the symptoms but not the cause.

What to do with the opening up which can occur with mindfulness, how that is worked with, is at the root of some of the negative case reports in the media. If it were still part of the well tested training system from which it was extracted there would be the wealth of experience of those who had practised deeply, in a continuity of thousands of years, to rely on for support. On one mindfulness course I attended a woman was crying, very upset by the discovery that she  was ‘not her thoughts’. This distress was met with…. that must be very scary!
….whereas the dharma would say… Bravo! now you can start to get free. If you are not your thoughts (and I am not mine)…. and i am not my body(and you are not yours)…yet we are here…what are we here as?

It’s not that these meditations on the nature of the mind, the nature of the self, are intended to or will in themselves prevent disease… but with waking up a bit also comes more consciousness of ‘locking and tightening up’ and the held, embodied, rigidities. Releasing as you go along and, for example, Tai Chi, Chi Gong, Five rhythms dancing, massage, Rolfing …lots of ways to shift the stuckness can be used alongside the meditation to get more of a free flow of energy through the body…and with that comes a natural increase in vitality.

P.S.Just a smile… A woman who runs a charity shop looks at me and says… ‘Oh i know i should switch to decaffeinated tea!’…. Why?
‘I have high blood pressure’…. Have you cut down on salt?… ‘yes, i don’t have any’.
She’s carrying a few extra pounds and her feet swell up…so how about exercise? ‘I don’t do any’.
She’s already explained about some skirts she bought in charity shop on holiday, skirts that swish, that she wants to fit into.  Ok, so how about dancing? ‘Oh i was a dancer’…explain about the inclusive and welcoming dance improvisation and five rhythms group in Exeter…’i’m coming!’ …..