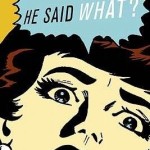 It is my pleasure to edit some of the audio recordings – mainly those made in England –  and also the archived material from tape recordings.

The video recordings however, along with many of the audio recordings, are unedited and therefore contain material which given time and facility might otherwise have been removed. It is also possible that there is some material left in the recordings I have edited which may cause, at least, raised eyebrows…not that that is necessarily a ‘bad thing’.

So I think it may be useful to explain some of what i understand about the giving and receiving of this kind of teaching. It is essentially non–dogmatic, arising from the ground itself, for the benefit of those who are listening… at the time the teaching is given.
If you are listening later it is still true dharma and truly beneficial, but it’s different in that its dynamic nature, of teaching relating to and evoked by that particular context, is not apparent.

Within the mix of those who are listening at the time the levels of dharma understanding will vary with their particular lineaments of confusion [i.e. whatever they are bringing  to the teaching in the way of bias or tendencies.]

So in talking with people after James has talked…and in the groups that I have facilitated…I have noticed that some people hear something loud and clear as though it was just for them, whilst other people have different foci.  Sometimes what is fed back as something he/she said – is definitely not what came out of the mouth – however it’s what the person ‘heard’ and sometimes this is useful…but sometimes the change has been made by the recipient so that it fits in with their current beliefs.  Also, adding to the mystery of this process, i know that i have ‘heard’ material which checked out with James… but is not on the recordings.

Whole chunks of teaching can also just slide by if the key to access them is missing or as consequence of distraction  …. and often that which is abstracted, and held to, may need the context and the view in order for it to be correctly comprehensible.

At the time the words are spoken they may be an expression of the speakers mood,  but moods and feeling and circumstances are always changing. So there could be room in our own conversations  for ‘what did you mean by…’ and ‘i understood you to say … is that correct?’…’Is it still how you feel or have things changed?’

My mother used to say “Say what you mean…and mean what you say” …but so often we are unable to clearly express what we mean with words …we would have to go on and on and on…and in trying to refine the particulars of the expression we get further from the heart of the matter… and anyway, what we do say is then interpreted through a conditioned  matrix, or filter, in the others ears.

Teachers also can be unreliable, this may be a selfish act…i remember one teacher advising me that it is ‘good to keep them waiting’ adopting a superior position and incorrect…but unreliability may not be an ‘act’ but a fact – a response to situations which are dynamic.  At a certain level reliability may be a showing of generosity towards the students need at that time – but at some point  questions around the desire for a straight-jacket of reliability based on conventional expectations will arise. ‘You said’ can be met with myriad responses… which do not include ‘i said…. so i must!’…though if being reliable is appropriate that’s also possible!

James once said that a dermatology consultant gave him the simple explanation of the way he worked with patients’ conditions: ” if it’s wet – dry it”  ” if it’s dry – wet it”.  So sometimes a teacher moves to the left, showing that the right is an empty position, and vice versa. If an opinion is voiced it is just that…an opinion, not a defining truth…and someone who really knows what they are talking about will not turn an opinion into a keystone – a belief on which to rest the apparent weight of existence.

Any ‘truth’ which can be spoken will depend on concepts and is a reflection in  relative reality –  so its an expression which may be useful – but is never the truth itself.

Certainly great practitioners can see a situation very much more clearly than is usual but at the same time the relative domain is very complex in its interdependencies, its nature is impermanence and when James first started teaching in Macclesfield he sang  ‘if you’re looking for someone who’s  always right and never wrong – that ain’t me Babe!’… for me that was very refreshing.

In my experience this particular teacher, rather than regurgitating the scriptures… or other’s interpretations of them… is working more  with directly manifesting of the dharma into the energetic field. For this reason he can drop ‘bombshells’  to wake/ shake the field, evoke a mood of playfulness, be outrageous… whatever is required by the situation to facilitate the transmission of the dharma. It bounces off rigidity …though rigidity is not apart from it.

The intention is not  ‘never disturb anyone’… quite the contrary… because it is from our assumptions – into which we have fallen asleep, believing them as truths we can rest in – that a great teacher gives their time and energy to help us awaken.

All the way along the dharma path there are encampments where people feel they have ‘arrived’…  ‘these teachings are it – Now I Know! This is how we should be!’  If they are lucky they will hear the whistle of someone who points out the way around the corner that fewer people know of.

So it’s very interesting to look at what exactly it is that we snag or snarl up up  around… our own certainties of rights and wrong, good and bad, that which we think is ultimately true,  inalienably and enduringly so… then, looking  to see whether there isn’t  a dharma view which dissolves or transcends this.

The Buddha’s later teachings were perfect for some… others were completely appalled…but thankfully, whatever our level of understanding, there are dharma teachings which, if applied correctly, will certainly increase our capacity to act (or not) from wisdom.