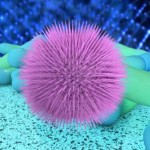 Well if this ‘blog’ were about cats, with cute pictures of them crawling over the PC or dancing on the table then millions of people would enjoy…

As I’m able to see how many people look at this site (whether or not they enjoy it or find it helpful is a mystery) …i know it is not like Cats…  but it’s enough to make me feel that it’s worthwhile. I haven’t written for a bit as I did a little retreat over Christmas and then had the pleasure of entertaining the local virus in bed… interesting shapes they come in…(see left).

This was an ordinary kind of virus (rather than one of man’s engineered new ‘life forms’ – virus +injected DNA) and  dealt with by the immune system in its own good time. However because I use a voice recognition system – my typing is so slow – writing this was impossible for some time as it didn’t recognise my voice.

So I had some time to just be properly quiet… no point to try and do anything.

There I am propped up in bed… and happy, delighting in the fact that for dharma practitioners everything is an opportunity for practice. Being a bit woozy and just sitting up and meditating for hours was a situation occasioned by a virus…so thank you virus!

There are teachings e.g. from my mother… and the zen tradition (and dzogchen in a way) which suggests you say Thank You! for everything.  You do not ‘look a gift-horse in the mouth!’ Whatever it is…its this, and its here for you…’whether you like it or not’.

‘Whether you like it or not’ is what makes this tricky to practice…
It gets easier when you see that your opinion is kind of irrelevant; that you have choices around making this the main event; and that what you make of it can go many ways – depending on your karmic or dharmic outlook!

I used to be quite irritated by people who would announce ‘it’s a gift!’ into the face of someone who was struggling with an event. I don’t think that’s at all helpful, but if you know for yourself how to change your perspective when you are ‘sinking’  then you have options.

Saying ‘Thank you’, mentally or verbally, slows down the immediate reactivity and gives space to put the experience into a wider perspective…and more to the point there’s a softening that comes with acceptance.
This contrasts favourably for us, as we experience this in the body, with the narrowing and tightening which occurs with an attempt to reject the unwanted gift… and frustration at the impossibility of rejecting something which has already arrived.

You probably look at a gift quite carefully, with appreciation… ‘I didn’t necessarily ask for whatever this is, maybe it’s really not something I want at all… but here it is…hmm… Well, there will be different ways of working with it’… and with this more relaxed approach… the more relaxed I am the more I’ll be able to see and feel what these possible responses are.

Why is this ‘gift’ here just now, where did it come from?
Well you could probably say something…
You could look at some of the infinite number of factors that brought it about on the level of dependent co-origination…. but looking from a limited perspective you would only ever see a few of these …. so why bother even trying to work it out why, it’s usually far too complex!
Sometimes though it is useful to look, there may be something to be learned, something to change in the way of behaviour to alter an outcome if that’s what you want.
But is there really something to be done?
If so, what is it?… then do it.. If there is not – just leave it… it’s just like this and its ok.

I remember each time my daughter caught a cold, when she was very little, a relative would ask me ‘who gave that to her’? And sounding quite cross about it. I was so surprised by this…

I thought that, if actually I could ‘name names’, would she want me to go round and bop them on their (probably already sore) nose? It was not an intentional gift. But she’s not alone, I’ve heard other adults saying much the same, sometimes in annoyance and sometimes just as statements… ‘I got it from here or there’, ‘so-and-so had it and then I got it from him’, but what’s the point of that? even if they are, in part, correct… you can’t give it back!

The ‘use by date’ of this gift  is also something to look at seeing as you have some influence there.
The cold will go quickest if you take care of yourself – early nights, keeping warm, plenty of hot drinks.
But if say, you torture yourself with a continuous re-presentation of the horrors of the world, in fusing your energy with those thoughts then it’s quite possible that your immune system will also be compromised.
I was speaking with a lady today who is going to try comedy instead of horror for a while – she has been suffering off and on with a virus since October and has become hooked on watching horror films in the evening.

Sometimes you can go all the way around the houses with people who are upset and then find they are not actually interested in letting go of their sorry state.  ‘Well thank you, but I think I just need to sit some more with my anger/ depression.”

Well, I guess if you think you own it, then sitting with your very own ‘pile of pooh’ seems a valid thing to do!

Sure, pushing it away will make it stay (you’ll get it all over you) as in doing this you are validating the imagined ability of a thought, feeling, or sensation to overwhelm you. You energise it by your attention and make it act like a boomerang –  ‘I am going to  get rid of this ‘thing’… (to which I am attached)… so i  forcefully push it away… and it comes right back and hits me… with the same force used to throw it!’

Putting ‘it’ inside an imaginary box inside yourself, which you then lock, is no real solution. It means that these thoughts have an unnoticed continuous impact – it leaks out…  you have imagined a compartment (toilet) inside you which is a no-go area…and that’s not going to contribute to a free flow of energy.

Someone I was talking with recently, who had been severely traumatised, had been advised by her counsellor to deal with fearful situations by imagining a small safe box inside herself and then for her to climb inside it and shut the door!
I was amazed, how could making yourself feel even smaller, powerless and disengaged in the middle of a difficult situation be at all helpful?
It is exactly the opposite of what the dharma would suggest.
As a sentient being, with a precious human re-birth, and having the nascent potential to express the wisdom and compassion of the buddhas, there are many methods available to change our relationship with ourselves and others, to change our way of being such that, relative to the full openness of being, the difficult situation is a small movement – tumbleweed – and so being overpowered by external events becomes less and less likely .
The easiest, though initially difficult, way is just to let the experience flow through without attaching to it…as a part of the infinite dynamic experiential field. Trust that it will go by itself anyway if you let it… impermanence will see to that.

Whatever the situation – the point is to stay spacious and turn the available energy in the right direction, not waste it down spiralling avenues of speech or thoughts that go to nowhere….. 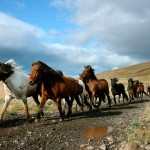 It’s the story in which a magnificent wild horse turns up, quite out of the blue, at the master’s farm high up in the mountains.

The neighbours said ‘Oh, how lucky you are!’…but the master said ‘maybe yes… maybe no’…  which leaves them puzzled.

The horse escapes… ‘ Oh, how unlucky you are’ say the neighbours… ‘maybe yes… maybe no’ says the master…  They think…’how strange he is!’

Sometime later the horse returns bringing the rest of the herd with it.

The neighbours say ‘Oh, how very, very lucky you are!’…but the master says ‘maybe yes… maybe no’ which leaves them completely nonplussed.

A few days later… the master’s son was trying to ride the horse but he falls off and breaks his leg.

The neighbours say ‘Oh, how unlucky you are, what with the harvest coming up and everything, what bad luck!’  the master says ‘maybe yes… maybe no’ which again leaves the neighbours shaking their heads, with much discussion about him and his ‘weird words’ over tea, and breakfast and dinner.

A few days later some guerrillas came through the area collecting, at gunpoint, all the young able-bodied men… taking them off to fight for them.

The young man with a broken leg was left behind…

[Depending on how phlegmatic the young man’s reaction to the old man’s ‘maybe yes… maybe no’ this could be good or bad luck for the master!]

He  had a mind of equanimity….and  maybe he could see round corners.

Within the realisation of the empty nature of all phenomena, hanging a label on an experience and then writing an opinion on the label is still quite possible to do – but it’s not ‘essential’ to have an opinion on everything, nor is the opinion taken to be definitive…or something which has to be pumped into the world.
When we do the work of the ego, in labelling and judging according to some pre-figured thoughts, we loose touch with the flow of experience… narrowing down onto, and effectively isolating, one aspect from the complete moment.  Then, as we judge it we solidify the experience…and get.. heavy!
It’s perfectly possible to discriminate, to recognise distinctions and difference, without judging…(that’s when the ‘and I don’t like it…it’s bad.. and it shouldn’t be like that’ comes in).
Conversely, when we do the work of the buddha we put into question the nature of the one who is doing the judging, and also the nature of that which is being judged.

If the true nature of these arisings (which includes the egoic structure) is clearly seen, this loosens the knots of fear and desire. Without seeking ‘good’ times or trying to avoid ‘bad’ it’s all a much lighter play…